Win-Win in Online Retail: Opportunities and Challenges Through Recommender Systems 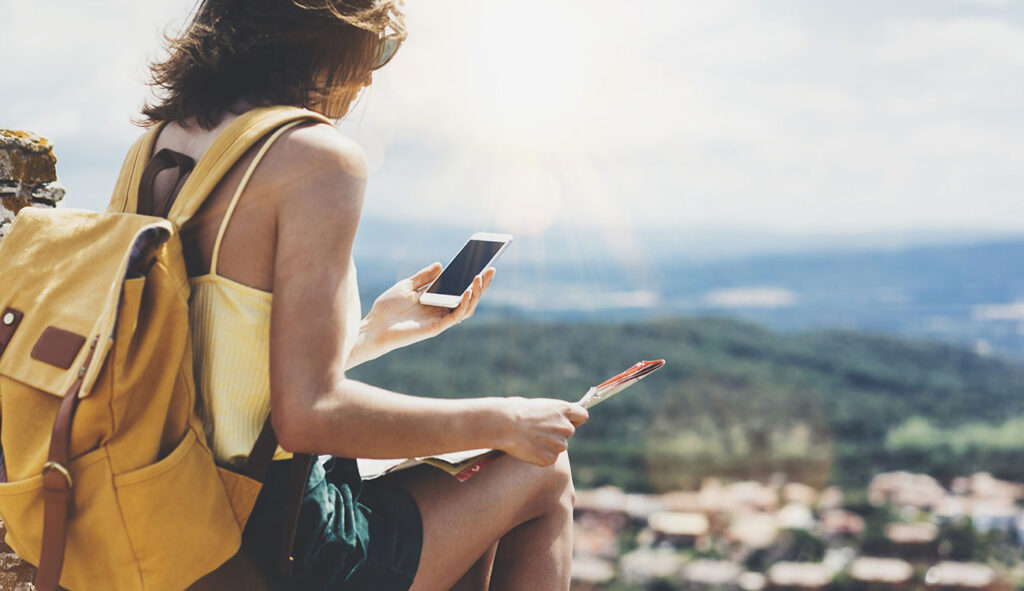 Recommender systems, which give customers personalized purchase suggestions for products and services, are increasingly gaining importance in industries such as online retail and in the travel sector. In this interview, Prof. Dr. Gottfried Vossen and Leschek Homann from the University of Münster (WWU) talk about how these systems work, and the challenges and possibilities involved.

Mr. Vossen, what applications do recommender systems have?

Gottfried Vossen: In principle the aim is to provide personalized recommendations for services, information such as news articles, or products. Areas of application can be found in B2B as well as in B2C, but here the end customers take center stage. They especially benefit from personalized offers made according to their interests, profile, or purchasing history. From the customer’s perspective, the benefit is that it cuts out the time-consuming search for particular products or services among the current surplus of possibilities. On the other hand, companies that use the appropriate systems benefit from additional sales, provided that they give their customers personalized and suitable recommendations. Both companies and end customers benefit from a well-implemented recommender system.

When did recommender systems first come to your attention? When did they become part of the lecture program in your department?

Gottfried Vossen: Recommendation services awoke my interest for the first time towards the end of the 1990s, when Amazon was becoming increasingly successful. Of course I’m also an end user, but as a scientist, it was especially exciting to understand how things run in the background. So I asked myself: How does Amazon know that I could be interested in a certain product? To answer this I started off by looking for scientific literature in the area of recommendation services, which are called recommender systems. The paper ‘Two Decades of Recommender Systems at Amazon.com’ by Smith and Linden provided a good summary. I decided to include the topic in my lecture about data integration as it is important for the industry, and recommendation services integrate data from a wide variety of sources. The underlying concepts can be considered from an abstract as well as a technological point of view. This provides a good combination of theory and practice for my lecture.

Mr. Homann, why are you interested in recommender systems?

Leschek Homann: Initially, I concentrated on the general implementation of big data architectures in my research at the WWU. Because of our close cooperation with Arvato CRM Solutions,  we received the request to implement a recommendation service for a  . The customer provided us with information from various sources such as purchase information, Facebook posts, or newsletter interactions. During the project we studied how this information could be combined, and also applied and analyzed different recommendation algorithms in the process. Although at first glance the subject seemed to have nothing to do with my research in the area of big data architectures, it prompted me to study the area of recommender systems from an architectural point of view.

Mr. Vossen, could you name a few services which are used by the majority of people that rely on recommender systems in the background?

Gottfried Vossen: Recommender system s are a part of our daily life. In a business context, people use social media platforms like LinkedIn or Xing to stay in touch with their business contacts. Some of these users will already have noticed that people they might know are suggested to them on these sites. These suggestions take the business contacts that they already have into account. They are also shown a list of interesting articles based on their profile information and interests. In the private sphere, the application of recommender systems is even greater. For example, content streaming services such as Netflix or Spotify use recommender systems to suggest interesting songs or films worth watching to their users. YouTube does the same: The video streaming service provides suggestions based on the user profile, watched videos, and channels that the user is subscribed to.

Are there different approaches for implementing recommender systems?

Gottfried Vossen: There are two approaches that are predominantly used today. On the one hand there is the collaborative filtering approach, on the other is the content-based recommender. Collaborative filtering is based on the idea of giving customers recommendations by identifying users with similar tastes or a similar review history (independent of certain products), or by finding products that were similarly rated by other users. In both cases, the starting point is what is called the utility matrix, typically a large but sparsely populated spreadsheet of available user-item ratings. A film recommender system, for example, uses a utility matrix that is made up of film reviews. The aim is now to fill the empty fields by comparing similar items and deriving missing reviews, or by using the same method for the users. For content-based suggestions, products, or services which have been reviewed are compared solely on the basis of their content. For example, films are filtered by genre, director, main actor, etc. If, for instance, a user wrote a good review of film X, and film Y is similar based on these categories, the user will receive a recommendation for film Y.

Mr. Vossen, are the different approaches suitable for certain applications, or can they be for general use?

Gottfried Vossen: Unfortunately, there’s no universal approach that covers all applications equally well. The popular Netflix Challenge has already shown that successful recommender systems aren’t based on a single model, but rather are made up of a clever combination of different systems. These are also referred to as hybrid recommender systems. Nevertheless it can be said that the collaborative filtering approach, as well as clustering and machine learning approaches, are the most common in the industry and are used by companies such as Amazon, Spotify, and Netflix. Content-based filtering approaches in particular are used for recommender systems that depend heavily on the content of the suggested items. Fields of application in this area are, for example, recommender systems for articles, news clips or blog articles, which aim to identify similarities between users’ preferences and interests and specific content.

Let’s talk about the fields of application…

Gottfried Vossen: Travel and food likewise present very useful areas of application for recommender systems. Both are things that most of us do in our free time. But travelling in another country or city has to be planned in advance. Especially since even the most far-flung places are now accessible and the number of possible travel destinations is enormous. Recommender systems can make this process easier by taking into account the experiences of like-minded customers. Here they can access a variety of data sources such as weather channels, review portals, prices, flight details, and so on to generate suitable suggestions.

Are current recommender systems limited in any way?

Gottfried Vossen: The current recommender systems already function very well. However there are still some limitations. The cold start problem is a challenge for science. Making recommendations for new users is currently still a problem. In other words: What to suggest to a user who has only recently created an account? At this point it is not possible to use the collaborative filtering approach because the user does not have a review or purchase history. That said, some customers might find it annoying to answer questions about their preferences while they set up their account. The cold start problem with new users also carries over to new products and services. It depends on making the product visible and popular among the users on a platform. It is also important to find a good balance between predictable and unexpected suggestions. Surprising suggestions are those that seem random at first glance but are nevertheless interesting to a certain user. We use the word ‘serendipity’ to describe this concept.

Mr. Homann, what does the future of recommendation services look like?

Leschek Homann: We think that the amount of data that recommender systems draw from will grow. This means that predictions made from social media information like relationships between users will be taken into account. I recently published a paper together with Denis Martins, Gottfried Vossen, and Karsten Kraume, which took an approach to solve the cold start problem. To do this, the social network preferences of a user are examined in order to make initial recommendations to them. Unfortunately we couldn’t access a real data record for evaluation. What’s more, in the paper we presented a possible extension to a recommender system that integrates users’ contacts into an already existing recommender system. I think that for the future of recommender systems, the context from which the suggestions are acquired will have an influence on the results. Different suggestions could be generated based on location, weather, time, or even a customer’s mood. Another interesting area of research relates to generating real-time recommendations. It is very challenging to develop a recommendation service with models that could be adapted with virtually any new information.

Mr. Vossen, Mr. Homann, thank you very much for your time.

Prof. Dr. Gottfried Vossen leads the database group within the Databases and Information Systems Group at the University of Münster (WWU). He concentrates on a number of areas which have a large overlap with data banks and data management. Prof. Dr. Vossen graduated from the Rhine-Westphalian Technical University of Aachen (RWTH) and is the WWU Visiting Professor at the Waikato School of Management and Marketing in New Zealand.

Leschek Homann is a doctoral candidate at the Databases and Information Systems Group at the University of Münster Homann studied computer science at the Technical University of Dortmund and graduated in 2008. After about seven years as a software designer, Homann joined Prof. Dr. Vossen’s team in 2016. His current research interests are big data architectures and big data benchmarking. At the moment Homann is concentrating particularly on the architecture and analysis of recommendation services.