The future is flexibility: New organizational structures for companies 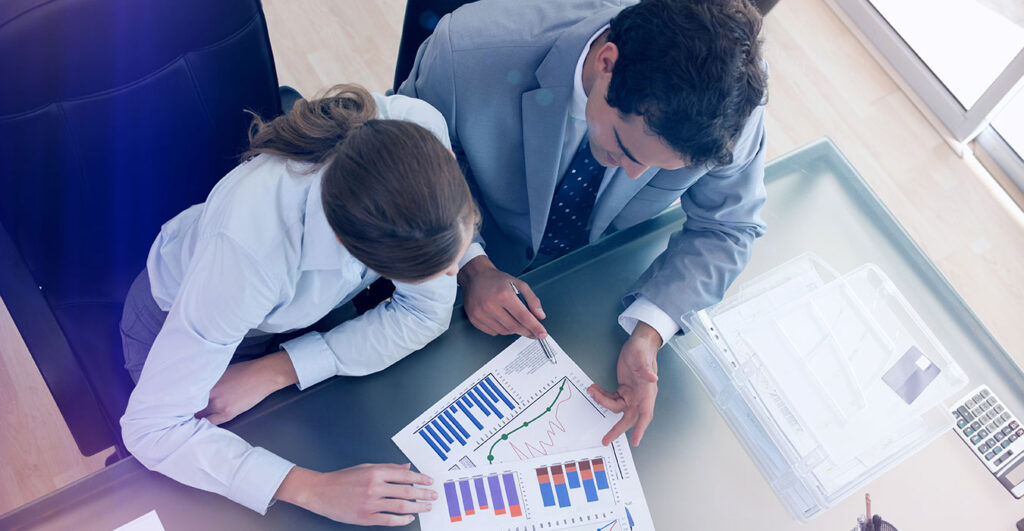 The majority of German companies are traditionally organized and focus on hierarchical structures, just like in the past. These clearly determine who is responsible for which tasks and which powers they have. However, they also often hinder the flexibility and speed required for future survival. What changes must companies make today to be successful tomorrow?

Irrespective of the challenges of their individual industries, two developments are putting companies under pressure to act: digitization and demographic change. In their trend analysis “The Flexible Company of 2030,” Huong Do Thi and Maria Lübcke from the thinktank 2b AHEAD show what that means and what the path to the future could look like.

Digitization is revolutionizing private life and the world of work at an unprecedented pace. It took decades for radio and television to reach 50 million users – for the internet it was four years. Facebook achieved this number of users within a year and WhatsApp after only two months. Established providers of products and services face new competitors, who are fighting for market shares with their digital business models. Don’t forget: Customers are increasingly better informed thanks to digital networking and have an increasing independence from specific providers. Nowadays, they are already used to being able to access the most varied of offers and information at any time, and will definitely not become any less demanding. All this presents companies with the challenge of reacting more flexibly and adapting to changes more quickly – something that hierarchical structures often can seldom manage to do.

The second development is the often-cited demographic change and the skills shortage linked to it. In fewer than ten years, there will no longer be sufficient workers in the German labor market. Some industries are already feeling the deficit. As a result, companies must increasingly tread new paths to remain or even become attractive employers. Amongst other things, a modern working environment that facilitates mobile and flexible working and improves work-life balance is required.

From the hierarchical pyramid to the versatile company

To transform a business organization, the mindset must first be changed, as companies in the future will have to find a balance between four extremes:

The company of the future is not organized vertically according to a hierarchy, but instead horizontally as a network. Teams are formed temporarily for certain projects, decisions are radically decentralized and made by the teams with regards to both the situation and project. The dissolution of traditional structures encourages interdisciplinary collaboration between internal and external experts. Even the tasks undertaken by an employee within a team are flexible: Depending on expertise, an employee can lead in one project team and be led in another. This “network thinking” not only breaks up traditional company divisions, but also makes company borders more open. This is beneficial, because a lot of company companies cannot produce networked products alone due to their high complexity. Cooperation – internally as well as externally – is therefore becoming a factor for success.

In the past, employees have often remained with a company for financial reasons or because of the security a fixed position affords. This mechanism is increasingly losing importance. That does not mean that people will sweepingly reject pay raises in the future. But they will take into greater consideration whether and to what extent the aims of the company match with their own, and if they consider their work to be meaningful. For companies, this means they must formulate a vision – a positive image of a future worth striving for – and a mission – the way in which they want to implement their vision. Through the vision, an employee can recognize whether their aims and those of the company match. And through the mission, they can check whether their work contributes to reaching these aims.

The manner in which companies measure the performance of teams will also change. For network organizations, OKRs (objectives and key results) are more appropriate than the KPIs which have been commonplace up until now. The objectives determine the goal; the key results define what is necessary to achieve it. This method encourages exchange and transparency within the company. It also contributes to assigning employees with more responsibility, so that they can make their own decisions and take action. Empowering employees also means encouraging their personal development, since the pace with which the world of work is changing will continue to increase. Providing lifelong learning helps here with being able to keep up.

Leaving the hierarchical pyramid behind is also linked to a new approach towards projects and processes. Instead of planning with the help of short-term, medium-term, and long-term goals, companies will have to experiment: Firstly, problems are identified. Then solution ideas are found, tested, and implemented, developed, or discarded, in order to test a new approach. This allows increased flexibility and speed of development.

The use of technology

Currently, a lot of repetitive tasks are being automated with the help of technology. In the future, technology will step out from this supporting role and even take over the tasks, which currently can only be fulfilled by humans, with artificial intelligence. Teams consisting of humans and machines will become the norm. In these teams, machines will also make decisions when faced with foreseeable processes, whilst the human employees will have to react in the case of new, complex, and unforeseeable situations. Employees must be prepared for this collaboration between human and machine, so that they perceive technologies such as artificial intelligence as an enrichment of their working life and not as a threat.

What companies will have to face in this vision of the future is not insignificant. But companies that stick to their traditional structures will no longer be able to meet digitization’s speed of innovation and the altered demands of their employees in the future. They should therefore rise to challenges which involve focusing on employees and the implementation of technology, since this is where their best chances lay.

The complete trend analysis “The Flexible Company of 2030: How Companies Shape and Develop Their Organization With the Future in Mind” is available here.