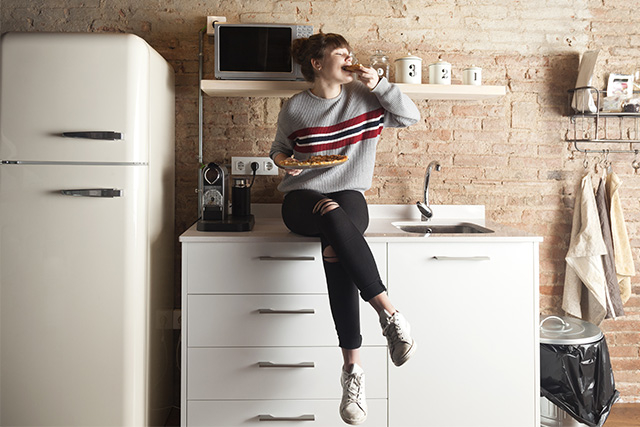 The editor of online magazine Edge, John Brockman, has asked scientists, journalists and artists from all corners of the world to share their knowledge, thoughts and forecasts regarding artificial intelligence (AI). What are the opportunities, what are the risks? We present a few of the contributors and their opinions on AI.

To think does not mean to enslave

An information processor made by humans could one day replicate the power of the human mind, and even surpass it. In theory, at least, this is a possibility, according to Steven Pinker, Professor of Psychology at Harvard University. But that is not necessarily an outcome to be feared, he believes. Why? According to Pinker, there is still plenty of time to prepare for that moment and to build appropriate safeguards into this type of artificial intelligence. But this requires the same common sense that people use when designing and developing bench saws, heaters or cars. Furthermore, why would an artificial intelligence system have the desire to exterminate innocent people and rule over civilization from that moment onwards? “If we put aside the disaster scenarios of science-fiction, the idea of a highly developed artificial intelligence is an uplifting one.” And in addition to its practical advantages for day-to-day life, it also has bearing on the philosophical question of the existence of consciousness.

A turning point for artificial intelligence

AI and robotics will not only improve productivity but will also be employed for economic and military aims, points out Steve Omohundro, cofounder of the Center for Complex Systems Research at the University of Illinois. And most systems would achieve these aims more easily by spreading out and acquiring more processing power, by creating copies of themselves and accumulating financial resources . “They will most likely act on these impulses in a way that’s harmful to society if they are not carefully designed to incorporate moral values.” If these systems are managed successfully and in a cooperative manner, however, they could improve almost every aspect of human life.

A chance for survival

Frank Tipler, Professor of Mathematical Physics at Tulane University, looks further into the future. His forecast is therefore correspondingly futuristic. For Tipler, AI is the opportunity for mankind to survive the ruin of the earth, which will be complete in 1.75 billion to 7.59 billion years, according to various estimates. Human beings would survive by “uploading” their minds into some other system! “No carbon-based human will ever traverse interstellar space ,” he asserts. Because mankind can only adapt to its very limited environment, there will be no reason for violence between mankind and the AI system, Tipler believes. The AI has the whole universe in which to spread out; it can leave the earth and never return.

The science reporter for the New York Times, John Markoff, warns of the risks that could arise if more and more everyday decisions are left to algorithms. Trusting in navigation systems, for example, inhibits the capacity for spatial memory and thought. What once began as Internet technology is now developing into a growing field for data-hungry algorithms that are making decisions for us. “The lesson to take from this is that the software engineers, AI researchers, robotics specialists and hackers who will construct these systems in the future have the power to reshape society.”

Flexibility will be crucial

Timo Hannay, Managing Director of Digital Science at MacMillan Science and Education, is convinced that, in the future, mankind and machine will complement one another more than they will complete with one another. Even though the capabilities of machines are developing rapidly, machine intelligence is still inflexible, says Hannay. “The most notable aspect of biological intelligence is not its raw  power  but its astonishing versatility.” And like Frank Tipler, Hannay considers it possible that an artificial intelligence with consciousness could survive the extinction of all life on earth.

The most interesting question regarding AI is not what we think about it but what we do about it, says Max Tegmark, a physicist and cosmologist at MIT. It is therefore time to consider, in a clear-headed way, the effects of this technology on society and work to avoid potential pitfalls. “The emergence of truly thinking machines will be the most important event in the history of mankind. Whether it will be the best thing or the worst thing that has ever happened to mankind depends on how we prepare ourselves for it, and the time to start these preparations is now.” You don’t have to be a super-intelligent AI, he says, to see that it would be dumb to rush toward this eventuality without preparation.

John Brockman: What to Think About Machines That Think: Today’s Leading Thinkers on the Age of Machine Intelligence. Fischer, Frankfurt am Main 2017, 16.99 euros

John Brockman is a former performance artist, publisher of the online magazine Edge and head of a literary agency in New York. He has published numerous books.