How machines learn around the world 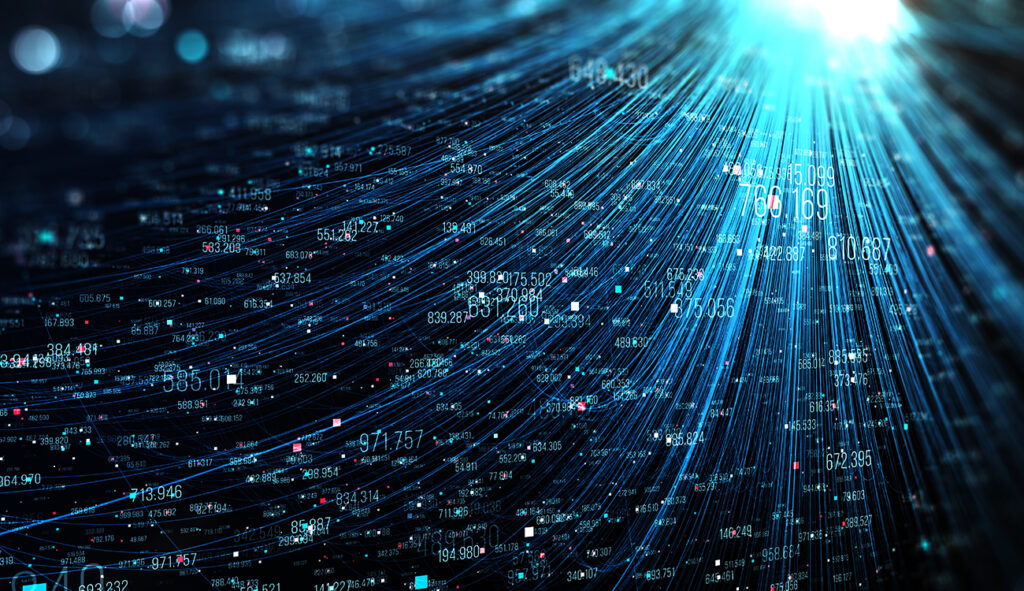 Artificial intelligence has become an important economic and strategic factor. A key technology in this field is machine learning. What challenges does this technology face and how far has Germany progressed in its application compared with international standards? Answers to these and other questions are provided in the new Fraunhofer study, “Machine Learning”.

It was a sensation: in 1996, the chess computer Deep Blue won a game against the reigning world champion, Garri Kasparow, and achieved a draw in two further games. Although Kasparow was able to swing the six-game match in his favor, one year later, a heavily upgraded Deep Blue defeated the chess genius in the overall match. Since then, artificial intelligence (AI) has kept on making headlines with victories in games: in 2011, Watson won at Jeopardy, while in 2017, Alpha Go beat Lee Sedol, one of the best Go players in the world, in a match consisting of five games. Only a few weeks ago, an AI beat an entire team of human players in the popular online multi-player game, Dota 2.

The success of AI as we know it today began with technological progress and the emergence of big data at the turn of the millennium. For both these factors made it possible for highly complex or “deep” artificial neural networks to learn, and enabled huge leaps in the analysis of image, video, speech and text data. Now, AI is better at identifying faces and objects than humans are. It is also able to translate texts, answer questions and emails, compose texts and create images.

Prerequisites and Fields of Application

At every stage of progress, machine learning, which is a key technology for artificial intelligence and is often used synonymously with it, has faced its own unique challenges. In order for deep neural networks to be able to learn effectively (deep learning), the learning algorithm must contain as much training data as possible. This reduces the error rate. The efficacy of learning also depends on the quality of the training data. If too many incorrect examples are provided, the machine will not learn the correct answers. If the examples are not representative, the results will not be reliable enough.

There are several areas in which certain data types are processed via AI or machine learning. Image and video analysis enables a machine to perceive and identify objects, scenes and activities. Visual data can be processed with high precision and reliability in a single step. Text and speech processing enables computers to interpret and generate natural language in both written and spoken form. This enables the amalgamation of large quantities of data from heterogeneous sources – for example, from different sensor types.

The topic of machine learning is taking up more and more space in the scientific community: in recent years, the number of articles in scientific journals, conference talks and citable publications has grown more than the general publication trend, which indicates more intensive research activities. More than 60 percent of relevant publications come from the USA, the EU and China. The top three places among research facilities with the most publications are occupied by China (Tsinhua University), the USA (Carnegie Mellon University) and China again (Zhejiang University). The German Max Planck Society is only in 31st place. Among companies, IBM, Microsoft and Google occupy places one to three, while Siemens trails behind in thirteenth place.

The number of patent registrations has also risen considerably; more than 75 percent come from organizations in the USA, China and South Korea. These are led by Microsoft, IBM, Google, Amazon, Cisco and Qualcomm from the USA, Samsung and Korea Electronics Telecomm from South Korea, and Huawei and ZTE from China. German companies and organizations play less of a role. The German economy is strong in the automotive, machine and plant construction and chemical and pharmaceutical sectors. But of course even German companies are registering patents in the field of AI, led by Siemens, Bosch, Deutsche Telekom, Daimler, BMW and SAP.

Machine learning has the potential to be used successfully for commercial benefit in almost all sectors. The first products in Germany were developed in the early 1990s and today, machine learning is particularly used in image and video analysis, as well as in speech processing. Another major field of application is the healthcare sector. There, machine learning is used to analyze MRI, CT and X-ray images, as well as other unstructured data. Other example fields of application include the efficient management of patient data, systems to support decision-making in clinical diagnostics, and applications in radiology, pathology and dermatology. Breast cancer, heart disease, osteoporosis and the early signs of skin cancer can already be identified using AI. In the future, there may be systems for the early recognition and prevention of pandemics.

Of course, machine learning also has great potential in the digitization of production processes. Based on estimates by PWC, this will lead to a 55% increase in global productivity by 2030. Advances in machine vision, machine perception and communication will improve predictive maintenance. This will perspectively increase plant productivity by up to 20 percent, while reducing maintenance costs by up to 10 percent.

The Path to the Future

As we have seen, there are numerous reasons to keep pursuing the topic of machine learning. This not only results in new challenges for research: the demand for specialist skills in AI and machine learning is huge, and the current number of qualified academics in Germany is not enough to meet it. Universities, however, are reacting slowly: of around 18,500 degree courses that were offered in Germany in 2016/2017, only 23 were explicitly specialized in big data, data science and advanced analytics/business analytics. It is therefore likely that the skills shortage will continue to bite even further.

What’s more, thanks to their global user base, US and Chinese companies, such as Google, Facebook, Amazon and Alibaba, have access to a significantly larger data pool than German companies, who are subject to strict data protection regulations. A possible solution might be the provision of “open data”, publicly accessible data that can be freely used, processed and repurposed. Public institutions or publicly funded research projects might be able to provide these. The EU Commission has already launched a pilot initiative to this effect.