Digitization and the labor market: No need to panic? 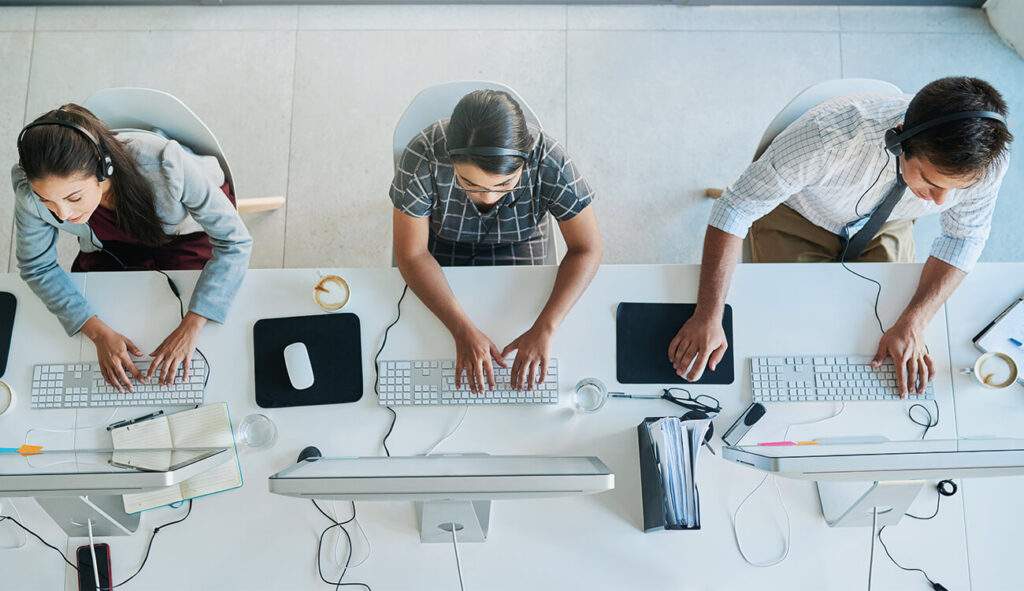 Computers, robots, and artificial intelligence: will they cause half of all future jobs to disappear due to machines taking over the tasks performed by people? That, at least, is what scientists from Oxford University are forecasting. How likely is this horror scenario of global mass unemployment?

Fear of the end of work and of global mass unemployment is nothing new. “The only question is, when it will happen? Experts are divided into two camps. Some maintain that the flood will rise quickly and that 80 percent of all jobs will be destroyed in the next 20 years. Others believe that this will not come to pass until later.” These sentences appeared in 1979, i.e. exactly 38 years ago, in the German news magazine “Der Spiegel”. Almost 20 years later, in 1997, US economist Jeremy Rifkin published his worldwide bestseller “The End of Work”, in which he put forward the central thesis that unemployment would increase massively around the world as a consequence of automation and the proliferation of IT in the working environment – the digital revolution would make many millions of jobs in manufacturing, retail, agriculture and the service sector redundant. Rifkin prophesied that only twelve percent of the global population would work in manufacturing by 2010, and that this figure would decrease further to just two percent by 2020. A study entitled “The Future of Employment” by British economists Carl Benedikt Frey and Michael A. Osborne is currently creating a similar stir as Rifkin’s book did in his day. They conclude that 47 percent of jobs across all sectors are at risk of being replaced by computers.

How realistic is the thesis of the end of work due to the digitization of routine tasks? Computers, robots, and artificial intelligence do, in fact, offer many benefits: companies save on personnel expenditure and improve their services because things are becoming more convenient, faster, and also cheaper for customers. Who will still need a human workforce in the end? But does this necessarily mean that industrialized societies are heading for the end of work? Economists and labor market researchers are hugely divided on this question. Some assume that humanity will one day make itself redundant as a consequence of the digital transformation; others are more sanguine and point out that digitization has not resulted in fewer but actually more jobs in the past.

Not a race against technology

Labor market researcher Werner Eichhorst from the Institute of Labor Economics (IZA) in Bonn is a representative of the more optimistic group. He says: “Structural change is not a new phenomenon. Nor is it a greater threat now than in the past. We find that employment has actually risen, if anything. Consequently, I don’t expect mass unemployment due to technology.” The papers published by Terry Gregory from the Centre for European Economic Research (ZEW) in Mannheim support this statement. During the period from 1999 to 2010, digitization in the working environment cost some 9.6 million jobs throughout Europe, but 21 million new positions were created over the same time. Gregory has also scrutinized the study conducted by his British colleagues and found: “Frey and Osborne throw all the jobs of one profession into one pot and declare them all as equally automatable.” In reality, there is a highly diverse range of jobs in every individual profession, according to Gregory. There are frequently very different profiles involved. And the routine tasks that computers and robots can now perform only make up a small part of people’s jobs. Today, human labor focuses on more complex tasks: coordination in a team as well as internal and external communication with other sections. “This means that human work is not in a race against technology,” says Gregory. “The two go hand in hand.” In his study “The Risk of Automation for Jobs”, he therefore also comes to the conclusion that it is not every second job that is at risk through digitization in OECD countries, but at most every tenth.

And what does this mean for the German labor market? “I believe that it is plausible for the current trend to continue, based on the last 20 to 30 years,” explains labor market researcher Eichhorst. “We have already experienced a high level of penetration by IT and the Internet over this time. The demand for more highly qualified people, for specialists who are well-versed specifically in these technologies, will rise. On the other hand, the areas that will come under pressure are those where tasks can be performed faster and at a lower cost with automation .” New jobs will consequently be created for highly qualified people and possibly for low-skilled workers. Take 3D printing as an example: the engineer does the programming, the unskilled employee operates the equipment. And who will lose out? The classic production worker. According to the OECD, eight percent of semi-skilled jobs have disappeared since 1995 in Germany alone, while the demand for high and low-skilled workers has risen.

No need to panic then? Maybe there is after all. Banks and insurance companies may be at the threshold of the greatest technological upheaval in their history. Digitization and artificial intelligence will bring about massive changes in these sectors – and that includes customer management. Chatbots and computer algorithms already analyze and process incoming data quickly and without errors – be it a claim submission or a bank transfer. Human customer care staff in call centers and branches will soon no longer be needed for simple tasks because customers can perform transactions by themselves via an app on their tablet or smartphone. Only more complicated cases will require human intervention. In addition, insurance companies, for instance, will increasingly rely on automation and the number of jobs in customer management will decline more and more. IZA researcher Eichhorst, however, doubts whether the job losses in customer management due to the digital revolution will affect the entire labor market: “I would pour a little cold water on the pessimists’ ideas,” he says. “You simply have to acknowledge that German industry has actually gained considerable benefits from the digital transformation. Why should that not be the case in future?”