Autonomous driving: The passenger economy – a market for new business models worth billions 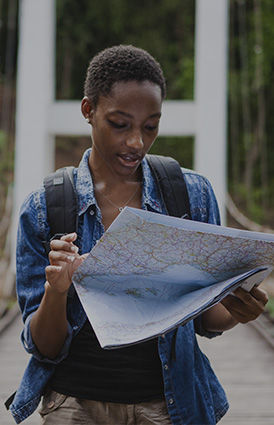 Once self-driving vehicles have become part of normal life in the future and only classic car enthusiasts take the wheel themselves, car passengers will have much more free time. This will result in great potential for products and services. A new study conducted by Intel and Strategy Analytics indicates which ones.

All around the world, car manufacturers and newcomers such as Google’s Waymo are developing autonomous vehicles. Ford is currently tripling its test fleet, GM bought start-up Cruise Automation last year for some $580 million, Tesla is enhancing its Autopilot, Audi and NVIDIA are jointly developing a self-driving car, and BMW is collaborating with Intel in the area of entertainment in driverless cars. While Toyota is taking things more slowly, it is also making significant investments in relevant technologies. These are just a few examples, but they illustrate the amount of movement there is in the field of autonomous driving at this time.

The study “Accelerating the Future: The Economic Impact of the Emerging Passenger Economy“ conducted by Intel and Strategy Analytics suggests that devoting attention to this topic will not only be worthwhile for technology corporations and automotive manufacturers, but also for other companies. In their study, the authors envisage a future in which self-driving cars available on demand will have replaced conventional vehicle ownership. They combine the products and services associated with this vision under the term “passenger economy.”

A new market worth billions

One benefit of autonomous vehicles is the prevention of accidents; this may save around 585,000 lives in the period from 2035 to 2045 and some $234 billion in costs. Autonomous vehicles could also form the basis for innovative business models, as personal computers, the Internet, and smartphones have done. According to one forecast, US consumers alone could spend a total of $900 billion a year on other things if they gave up car ownership.

And former drivers will also have plenty of spare time in the future. According to another study finding, riding in autonomous vehicles will save them 250 million hours of time they would have spent behind the wheel, corresponding to some 28,500 years in total. To better illustrate the vision: almost one-third of German car drivers spend at least one hour per working day in the car according to a Forsa survey conducted on behalf of Cosmos Direct.

If cars will drive themselves in the future, passengers will have plenty of time to engage with products or use commercially available services. Mobile hairdressing or beauty and wellness salons whose employees arrive at customers’ directly in a self-driving vehicle could be possible. A drive-in restaurant could turn into a “drive-with,” either to avoid cooking or as an event during a city trip. Devices such as the “preventiometer,” which Arvato CRM Solutions uses in its prevention and health promotion program “high vitality people,” are already performing extensive health checkups today – why wouldn’t they do it during a car trip? Media companies could offer customized content for short commutes and long holiday trips – Drive-in Movies 3.0. Data will be available on who is sitting in the vehicle and when the passenger will be where: a great opportunity for location-specific marketing measures. Why not draw attention to a new restaurant as the passenger is “driving by?”

Things are also changing in the world of work. Right now it is only possible to make conference calls while driving a vehicle on a business trip, the opportunities for working while riding in an autonomous vehicle are virtually limitless. But as the world picks up speed, the managers and field sales staff of the future may actually make a point of slowing the pace through wellness and leisure programs – allowing employees to arrive at meetings well rested, for instance – rather than exploiting the new round-the-clock availability.

According to estimates in the Intel study, marketing and the provision of services connected to autonomous vehicles will produce an annual turnover of some $200 billion by 2050. If you add mobility-as-a-service, the analyses even expect the market as a whole to be worth $7 trillion. This is why companies should start thinking about the potential of autonomous driving now, says Intel CEO Brian Krzanich, drawing attention to the accelerated pace of technological development: “Less than a decade ago, nobody was talking about the potential of a soon-to-emerge app or sharing economy because no one saw these things coming.”

Read the study “Accelerating the Future: The Economic Impact of the Emerging Passenger Economy” here: https://newsroom.intel.com/newsroom/wp-content/uploads/sites/11/2017/05/passenger-economy.pdf 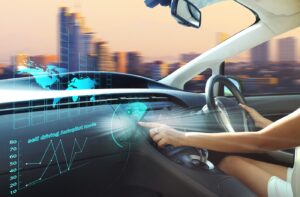