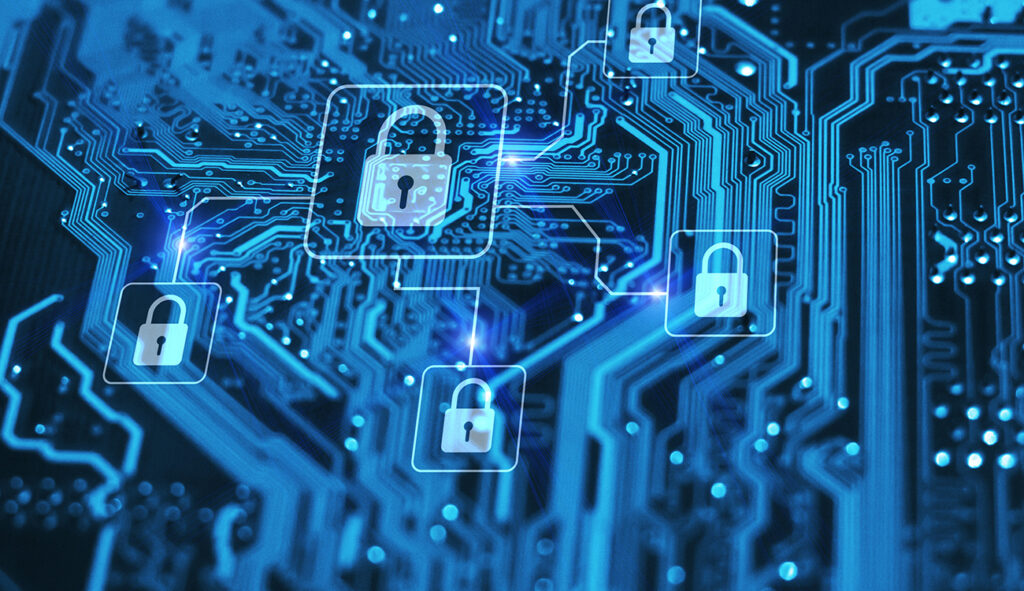 In 2016, two-thirds of German companies were targeted in a cyber attack. Since then, the Federal Office for Information Security found in its 2018 report that the situation has become even more perilous. And it is more elaborate. Artificial intelligence is one response to the increasingly complex nature of cyber criminality.

“Today, virtually every company is a target”, reports Ingrid Lauterbach of Deutsche Bank. “These days, the Internet and social media provide excellent opportunities for scammers.” It has long progressed from individual hackers or petty criminals with IT skills: The Federal Office for the Protection of the Constitution estimates 50 billion euro worth of damage each year through online attacks. The figure can be attributed to cyber criminals operating within increasingly professional structures. AI systems continue to play an important role within these organisations; bots, for example, are being used to optimise their attacks through machine learning. Independent strategies for solutions in autonomous IT systems are also playing a greater role in the planning and execution of phishing campaigns. Such developments highlight the real dark side of artificial intelligence, which must be defeated with its own tools.

Whereas criminals use the advantages of machine learning for their own benefit to specifically search for weaknesses in a system, the technology also opens many doors to defend against attacks. Security providers use AI systems to collate abnormalities within large quantities of data, for example. This method allows for a company’s data flow to be analysed for evidence of suspected outside attacks. That also makes it easier to identify spam or phishing mails.

Thanks to pattern recognition, it’s even easier for AI-based systems to uncover hidden channels via which data are stolen. To that end, they must be trained to be able to differentiate between suspicious processes and ‘normal’ irregularities. Self-learning algorithms can be configured to internal company structures to quickly and efficiently infer information about the state of an abnormality. One of the key advantages of the software is that unlike traditional security systems, AI-based solutions can include a Group’s entire global network. That allows for quicker, more effective action.

Christian Nern, Head of Security at IBM Germany forecast in DEKRA Solutions Magazine  that AI-based security analysis systems will be able to proactively recognise attacks in the near future and also be able to defend against them. IBM’s ‘Watson for Cyber Security’, for example, extrapolates information on threats at any given time. The system belongs to the “first generation” of AI-security systems, continues DEKRA Solutions. These products search through pre-structured data and are capable of unambiguously recognising identifiable risks. The “second generation” involves recognising complex attack scenarios with the aim of combating them automatically too. Christian Nern explains that this innovation race between attacker and defender could ultimately reach stalemate: “In that case, the two AI systems will glare at each other like two angry wolves for a brief moment before the underdog becomes aware of his weaknesses and instinctively withdraws.”

Yet such a scenario misjudges a key aspect of each type of criminality: the human factor. Although cyber attackers may be using increasingly autonomous tools, they are not developing criminal powers of their own. In turn, that makes it difficult to tackle them in a virtual environment only. “Cyber criminals require contact with the real world”, says Sociologist Jonathan Lusthaus in an interview with the Süddeutsche Zeitung. “Even if it’s just to live or sell their products and obtain money. Each transaction becomes real at some point. Nobody can act anonymously at all times.”  When considering all of the benefits that AI systems have to offer in the fight against organised crime online, it’s worth regularly bearing the following in mind: a person is always behind it.