Dr. Damian Borth, Director of the Deep Learning Competence Center at the DFKI, on Artificial Intelligence: Not Sexy Enough Yet 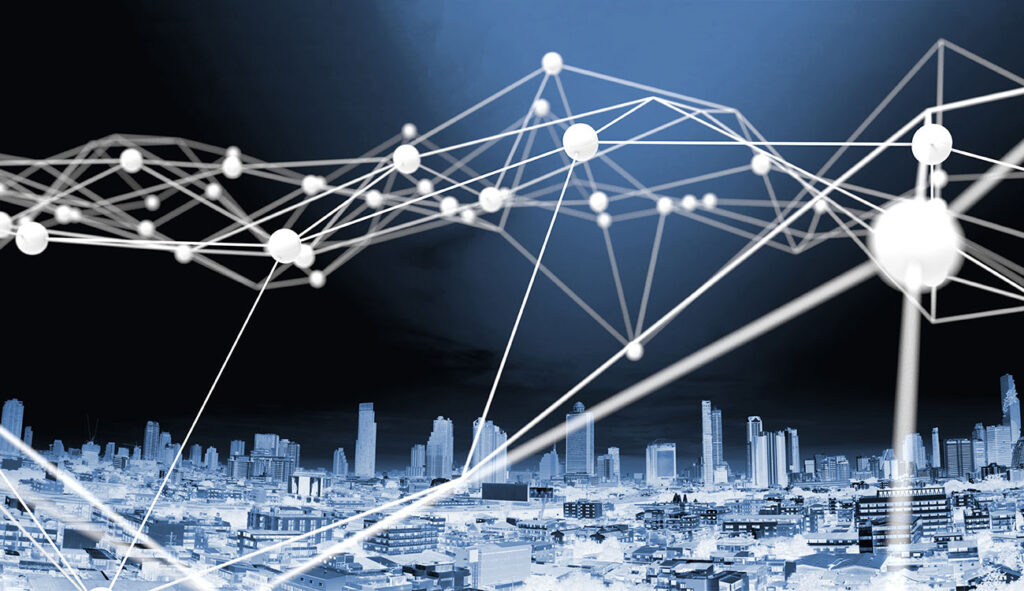 Dr. Damian Borth is one of Germany’s leading minds in the research of deep learning, a field of artificial intelligence (AI) drawing special attention at the moment. In the following interview, “Mr. Deep Learning” on future trends and current challenges in his field.

Dr. Borth, what are you currently researching at the German Research Center for Artificial Intelligence (DFKI)?

Borth: Our current project involves understanding neuronal networks and their modular structures so that we are able to construct and evaluate combinations of networks. The results will then be implemented in a wide range of applications – for instance, in autonomous cars, image and speech recognition, satellite image analysis and robotics.

Borth: Exactly! Deep learning is a subcategory of machine learning. We are training neuronal networks to recognize and understand specific concepts, such as the image of a cat, for example. This requires a great number of data elements.

You’re still researching it today. But what about ten years from now? Will AI be an everyday phenomenon then?

Borth: It will be as it is with every technological revolution. Ten years ago, the smartphone was still seen as a magical device. Today, almost everyone uses one – without stopping to think about the technological marvel they are holding in their hands. It will be the same with artificial intelligence. In ten years, successful AI will no longer be regarded as AI; it will simply be an interface in users’ smartphones, living rooms or cars. Traditional robots will no longer be the symbol of AI. But we won’t want to live without them, since they help us manage our daily life.

What industry holds the greatest potential when it comes to AI?

Borth: Deep learning is a relatively new discipline. In a span of just five years, neuronal networks have improved and become increasingly complex; we now have networks with hundreds and perhaps even thousands of layers, and with billions of connecting points. These intelligent networks have been used substantially by the automotive industry over the past two years, in a wide range of applications. They also have been used in retail and most recently in the insurance and finance sector, helping to regulate claims or make investments. This move toward AI will increase over the coming years, simply due to the great demand of younger consumers.

Are there also industries that haven’t yet discovered this key technology, although they stand to benefit from it?

Borth: There are industries that are still hesitant, either because of regulatory constraints or a lack of trust in the new technology. This includes the medical field, where AI could provide valuable support in making diagnoses or in analyzing imaging processes. AI also could be implemented in a useful way in the pharmaceutical industry, in the development of new medicines. But I don’t envision AI delivering results in these fields in the near future. The regulatory barriers are simply too high.

And what about in the field of caregiving?

Borth: Prof. Wolfgang Wahlster, Scientific Director of the DFKI, often points out that, even in the future, there will be no AI that can teach a child to ride a bike. This is an important example of the limits of artificial intelligence. Carers, pre-school teachers, tutors – in short, occupations that require emotional interaction – will one day be supported by AI, but will never be entirely replaced by it.

But won’t the next step be intelligent mood assistants in smart homes, which respond to individual emotions and offer corresponding services?

Borth: Soon there will be sensory systems that can recognize and interpret human facial expressions. Apple has already taken the first step in this direction with its Face ID. In one or two years, we’ll have so much data that we can train AI to recognize facial gestures. Another example is the contact lens that measures blood sugar levels. Google is currently collaborating with Novartis on this technology. All of these are very helpful contributions to simplifying everyday life. But they are merely options. The main question is whether or not people actually want to use these technological possibilities.

Artificial intelligence can make things easier in many areas. So, why isn’t this key technology being promoted in a stronger way in Germany?

Borth: I see three factors as playing a role here. 1. The USA, Russia and China are making major investments in this technology. These countries are running way ahead of us, since we’re not prepared to make similar investments. In the next years alone, we’ll need four billion euros to set up the necessary research infrastructure and create corresponding academic positions. 2. We don’t have enough information scientists in Germany, because the image surrounding informatics just isn’t sexy enough yet. In the United States, information scientists are practically celebrities. The topic of artificial intelligence is so popular there that it’s even taught in the basketball stadium at the University of California, Berkeley, for example. 3. In Germany, our history has made us very cautious about sharing personal data. We must learn to deal with the issue of privacy in a different way, and learn to see it in context.

The German engineering tradition has always emphasized delivering only products that have been perfected. Is this a hindrance when it comes to AI?

Borth: German engineering is essential to bringing competitive products onto the market. The customer’s trust is important, particularly in the field of AI. But we can only gain this trust if we consistently show that intelligent machines operate reliably. That’s why we can’t simply release a beta version and then hope that the AI and the product will improve through updates.

Last but not least: Critics fear that AI could completely replace human labor in the coming years. How do you see it?

Borth: Hollywood certainly isn’t helping us in this regard! Here’s the way I see it: People often have a certain picture in their mind, usually placed there by popular films. The same applies to workplace scenarios. The AI systems that are so successful today are trained for their individual task. That means they can only master the specific task they’ve been trained for, and no other. As researchers, we need to remove the wizardry surrounding AI and explain it to people more clearly – especially when it comes to what these systems can do and what they can’t. That’s why I advocate introducing a technical inspection for AI – that is, having an agency that certifies every AI system before it is put into operation. This would give people less cause for worry about AI and its potential consequences that literature merely speculates about.

Dr. Damian Borth is Director of the Deep Learning Competence Center at the German Research Center for Artificial Intelligence (DFKI) in Kaiserslautern.