Changes in the world of work: Digitization is creating new jobs 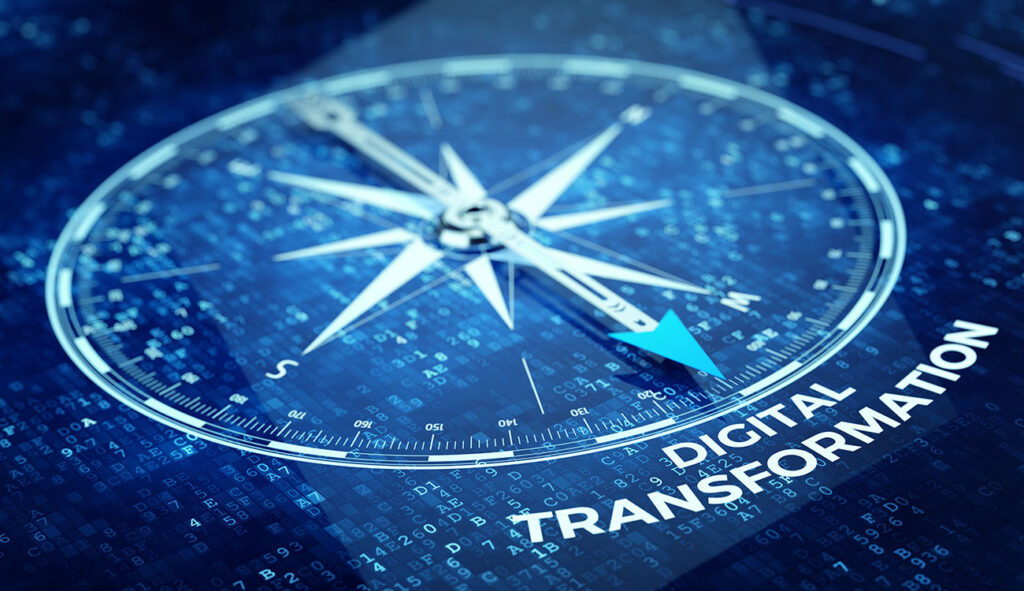 When it comes to the digitization of the world of work, the discussion about the consequences - whether feared or hoped for - is highly contentious. A new study on the topic of digitization in small and medium-sized businesses shows what the reality could look like.

It is an exciting paradox. Although more and more companies of all sizes are recognizing the opportunities and possibilities offered by new technologies, especially when it comes to interacting with customers, there still seem to be great reservations regarding strategic action to this end. According to Bitkom, the German association of companies in the IT and telecommunications industries, the problem in the German economy is one of implementation rather than any lack of awareness. According to a study conducted by the association in 2017, almost one in three companies in Germany have no strategy for dealing with digitization – a quarter even fear that the new developments could jeopardize the existence of the entire company.

Such fears are as old as the digital revolution itself and, according to Bitkom, are especially common in small and medium-sized businesses. Large companies are addressing the issue more aggressively, according to the association. At this point, one in two companies with more than 500 employees have their own department or unit that deals with this issue. However, a new study by the non-profit research and development organization RKW reveals that digitization has already made significant inroads, especially in small and medium-sized firms, i.e., where there is generally direct and immediate interaction with customers and consumers – and that digitization tends to encourage positive developments, especially in human resources. The results of the study show that fears and concerns have frequently played an outsized, and largely unjustified, role in the discussion.

Interviews with directors and HR managers of 50 small and medium-sized companies with fewer than 500 employees depicted a corporate landscape in which digitization is giving rise to far more new tasks and challenges than it is rendering obsolete. What is also striking, however, is that many firms are taking a more reactive than strategic approach to the challenges and are adapting to day-to-day requirements rather than trying to anticipate them. That goes for most areas – but interestingly, it applies to customer channels in particular.

While digitization projects already focus on internal processes at many companies – especially with the aim of optimizing processes – there are relatively few measures of this kind dedicated to interaction with customers. At least, when it comes to developing new services. Although there certainly is a focus on areas such as developing customer contact or support services for consultations and sales, there are usually no visionary innovations, no efforts to adopt revolutionary models of communication.

From the Inside Out

Digitization in small and medium-sized businesses seems, to some extent, to be subject to a dynamic that leads from the inside out. The first steps are aimed at internal optimization, and the focus is then only gradually turned towards the customer. This does not mean that there are especially negative effects on the employees in divisions that are mostly concerned with outward-facing channels. Actually, the opposite is true: As previously mentioned, the creation of new jobs is outpacing the loss of positions in the course of digitization at most companies – and most of the new jobs are in the areas of sales (e.g., e-commerce), consulting and support (online support, etc.) and marketing (e.g., content marketing). In response, many companies are enlarging their employee base or pursuing specific, internal training measures.

The fact that the companies surveyed often focus more on the day-to-day requirements than on strategic planning for the future has interesting consequences. On the one hand, this approach leads to a blurring of the lines between changing job requirements and newly emerging fields of activity. This is because adaptation to new developments is only possible in the framework of a process. On the other hand, the range of requirements that the staff must meet are becoming broader and more complex – which often necessitates hiring more employees.

Contrary to the pessimism that surrounds current debate on digitization at the workplace, small and medium-sized businesses in particular are demonstrating how they are already using it to their benefit. The new developments give rise to opportunities for human resources that are being used in a very pragmatic and task-specific fashion by facing the challenges head-on. There is simply no other way to address them. This opens up many exciting prospects, because the internal company dynamic from inward to outward sets the agenda for further innovative developments with regard to the customer. And therefore also for human resources.