Artificial intelligence and other new tech: How well-accepted are the new options? 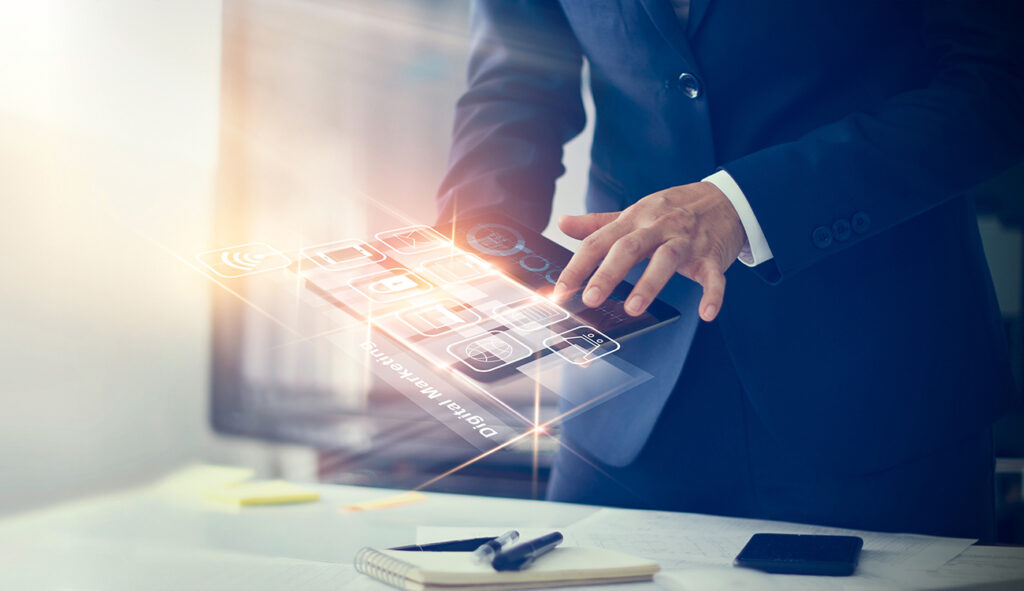 The computing power now at our fingertips in a smartphone dwarfs that of yesterday’s supercomputers, which occupied several cubic meters. And every day, technological progress is opening up more possibilities. But how well-accepted are these new capabilities in society?

The “traditional” channels that companies use to communicate — from the telephone-based service hotline to the text chat at the company website — have one thing in common: they rely on people to accomplish the communication. Recently, however, human customer-support personnel have been joined by some new coworkers: robots. The increasing prevalence of these robots is due to two developments. One of them is artificial intelligence. The first chatbot was created as early as 1966. But unlike its modern successors, Eliza, as it was called, was only able to maintain a convincing impression of a human interlocutor in brief dialogues. Chatbots based on artificial intelligence are different in that regard. The other development is people’s growing use of messaging apps. Brief text chats have become a part of everyday life, and they are an ideal field of application for bots.

Generally, customers are receptive to the use of chatbots. According to a survey conducted by LivePerson, a provider of messaging products, 89 percent of consumers worldwide have a neutral view of chatbots in customer service or even see them in a positive light. According to the report “The 2018 State of Chatbots,” from the conversational marketing platform Drift, the greatest benefit is seen as the ability to obtain service around the clock. In certain cases, however, the communication with a bot is not felt to be authentic, which has a negative effect on the perceived service quality.

The use of digital voice assistants like Alexa or Google Assistant is also increasing, driven especially by younger consumers, households with children, and households with above-average incomes. This is one finding of the “Customer Intelligence Series” by the consultancy PricewaterhouseCoopers (PWC). Another interesting result was that the “heavy users” of this technology were not the youngest of the consumers surveyed by PWC: Digital voice assistants are used most often by 25- to 49-year-olds. Users consider voice assistants to be the faster, more intelligent, and easier way to carry out everyday activities like an online search. But when complex subjects or relatively large sums of money are involved, they continue to prefer the established communication channels.

The use of artificial intelligence

Chatbots and voice assistants aren’t the only areas in which consumers encounter artificial intelligence. Other everyday examples are the use of online text translations, automated journalism, or the extension of customer service with digital communication channels. According to a survey conducted by Callminer, a provider of speech analysis software, 84 percent of the population used artificial intelligence last year. In fact, 50 percent of those persons interacted with an AI and didn’t notice that it was a machine.

Among consumers in Germany, there is still uncertainty when it comes to the risks and benefits of AI: A recent survey of the British market research and polling firm YouGov found that 15 percent of consumers believe the benefits of AI are greater than the risks. One fourth consider the risks to be higher, and slightly less than half think the benefits are on par with the risks. Notably, opposition is widespread in fields where people could be evaluated or rated by an AI. Similarly, people disapprove of the use of AI as a control mechanism for weapon systems. There are fewer reservations with respect to areas like automated journalism or autonomous driving.

In a Bitkom study, 41 percent of the respondents stated that they view artificial intelligence as a possible danger. At the same time, 93 percent think it makes sense to use machine intelligence for severe weather or disaster warning systems, 86 percent believe it can be put to good use for traffic control, and 82 percent see appropriate uses in the health care sector.

One particularly relevant field of application for artificial intelligence is cars and other vehicles. TÜV Rheinland, a German provider of testing services and technical inspections, asked approximately 1,000 licensed drivers in China, Germany, and the United States about their views on autonomous driving. One finding was that trust in fully autonomous cars is greatest in China. Specifically, 63 percent of those surveyed believe that self-driving cars increase road safety; in the United States and Germany, only 34 percent of respondents hold that opinion. In fact, almost half of those surveyed in Germany and the United States worry that complete automation of car-driving would diminish road safety. In China, only 24 percent share that fear. In all three countries, however, those surveyed want guaranteed data privacy, protection of the vehicle from cyber-attacks, and the option to decide for themselves whether they will drive or let the car drive autonomously.

When it comes to data protection, most drivers are aware that modern vehicles record data and transmit it to automakers. This data includes information about the state of the vehicle and its movements as well as data related to specific persons, such as information about driving styles. But more than half of those surveyed in the United States and Germany stated that they were not well informed about which data is used for what purpose, who has access to the data, and how well the data is protected. In China, only 15 percent of those surveyed gave that response.

Of course, there are still more fields of application for artificial intelligence, such as the health care field. The survey and study results quoted above are only selected examples. It is becoming apparent, however, that the acceptance of new technological capabilities depends to a great extent on how safe and secure consumers feel with regard to these new developments. The better informed they are about the possible advantages and disadvantages, the better they can weigh the risks and benefits and make sound decisions. Clearly, there is an onus on developers, suppliers, and governments to help provide that information.