New Possibilities: How Blockchains Are Conquering the Digital Market 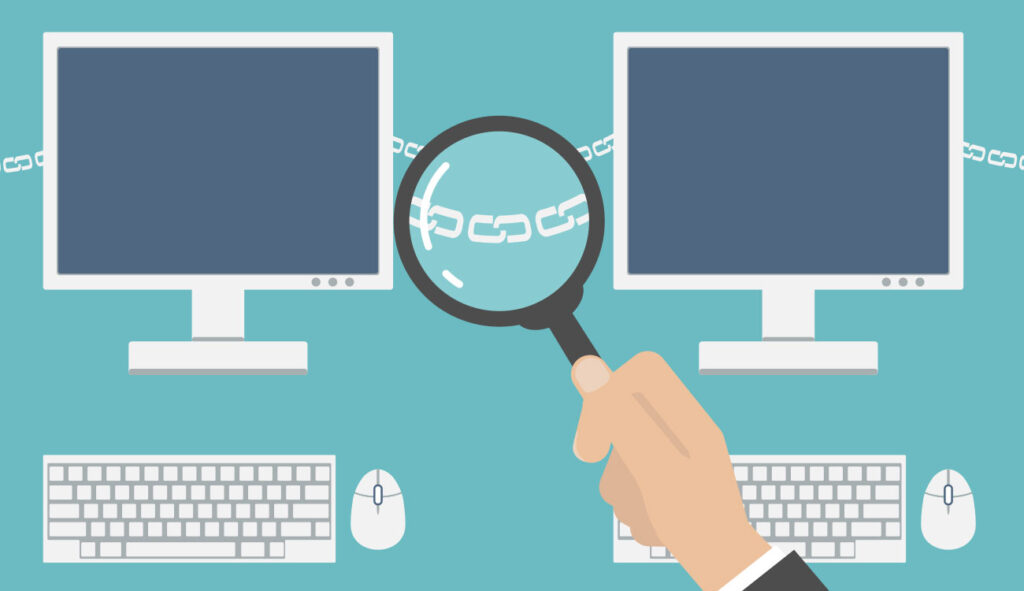 When we purchase real estate, notaries put their seal on the contracts. When we transfer money, the transaction takes place through our bank. When we provide confirmation of our identity to open an account, that occurs through an in-person visit. But a new technology is calling these central authorities into question, and even declaring the middlemen of these transactions to be redundant. What sort of potential does blockchain technology hold?

Blockchains provide an alternative to third parties who validate certain transactions. They do so in the form of a digital ledger that secures and validates the transaction data using cryptography. Every user receives a copy of the ledger, which is automatically updated: the databases are extended chronologically by adding the latest transactions. The data is stored in blocks that are verifiable and cannot be modified, hence the name of the technology.

New blocks are continually added to the chain and stored in a decentralized fashion on the computers of all participants. In this way, a huge quantity of data is created. The blocks themselves are linked to one another via cryptographic functions, making it almost impossible to tamper with them.

The most successful launch of a blockchain to date is considered to be the implementation of the cryptocurrency bitcoin and its associated digital architecture in 2009. Bitcoin soon became well known even beyond the cryptocurrency scene, while the blockchain technology itself remained out of the spotlight. In the case of bitcoin, the digital blockchain represents the journal or accounting system of all transactions with the cryptocurrency; it holds a permanent record of every exchange that has ever occurred. But the success of bitcoin doesn’t mean that the system is only relevant for financial transactions. On the contrary!

Which brings us to the topic of smart contracts. Contracts can be transmitted in web-based computer protocols. The communication between the contracting parties then takes place via these contracts as depicted in the blockchain. For example, if someone buys a car, the key to the car is released digitally as soon as the purchase price arrives at the seller. In the event of installment financing, the car can be locked in this way if the buyer fails to pay the required installment. Officers of the court are no longer needed, because as long as the desired service or merchandise is not paid for, it is digitally and automatically withheld. By means of the computer algorithms, the parties to the contract can establish what occurs in each case. As a result, lawyers are no longer needed when contracts are drawn up. The same goes for transactions in which real estate is bought and sold. The notary’s office is obsolete.

Blockchain as weapon against fraud

Let’s stay with the example of cars a bit longer: odometers are often rolled back to make it appear as though a vehicle has traveled fewer miles than it really has. This leads to billions of dollars in damages. A blockchain that lists all of the odometer readings of all cars can solve this problem. Drivers no longer have to enter the vehicle data by hand. Whenever the car passes a WLAN hotspot, the odometer reading is automatically transmitted, and the blockchain is updated. A person buying the car can then compare the value shown on the odometer with the actual mileage recorded in the blockchain. Any cheating will be discovered immediately.

The decentralized system of the blockchain can be used to securely control and store not just contracts but also technical data or digital currencies like bitcoins. Decentralized storage, as opposed to the use of individual servers, is potentially a good option for other types of digital content too – such as films, photo databases or music. The blockchains distribute storage and computational capacity. The principles underlying the decentralized modes of communication via the Internet are now being extended and applied to the handling and management of volumes of data.

Blockchain pioneers also have their eyes on charging stations for electric cars. The current payment process via cards, vouchers, coins or apps requires a certain amount of effort, explains the site bitcoinblog.de. With a blockchain, payment could easily be automated and shifted to the digital realm. The idea is that electric cars would eventually have a chip that is loaded with cryptocurrencies and performs the payment automatically at the charging station.

The technology also offers potential for more efficient customer service with increases in customer satisfaction at the same time. The many transactions in the life cycle of a customer are transparently depicted in a blockchain and can thus serve both customers and customer support representatives as a source of information. The structured storage of information also enables simple interfaces to self-service applications. If multiple participating parties now transfer information into the blockchain, a customer can view this information without any extra system overhead. Data in a blockchain is so up-to-date that it often enables proactive communication to the customer, so that customers are, in principle, better informed and inquiries to the service center are unnecessary in the first place.

But there are also applications of blockchain technology that seem almost whimsical. In the United States, for example, weddings are possible through a blockchain, according to bitcoinmagazine.com. The first couple tied the knot through a blockchain database in 2014. The bride and groom were linked only via Skype and had to scan in and confirm a QR code for the marriage vows. Maybe this is what was meant by the term “digital romance”… In any case, the example shows how varied the possibilities are – they range from elections and auctions to the Internet of Things. A blockchain, after all, could link the interacting partners in the IoT without servers. This area is giving rise to new business models that seem almost certain to resonate in the digital world.