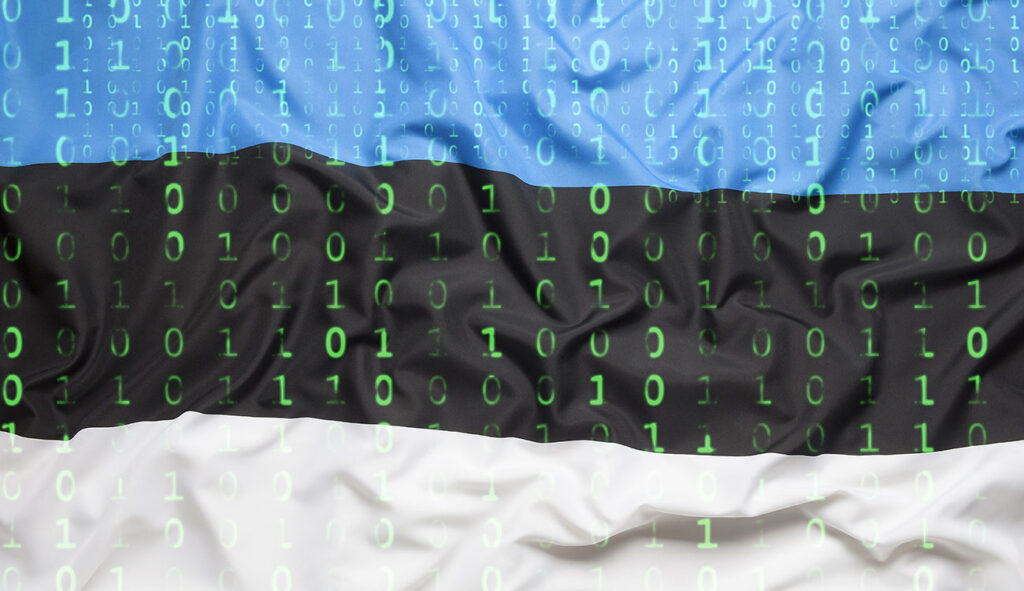 Laptops not ring binders, data files not mountains of paper and cell phones not landlines. Since the Estonian government announced the “Tiigrihüpe” (Tiger’s Leap) program in 1997, the Baltic country has been among the most successfully interconnected countries in the world. How is that possible?

When Arvato Manager Matthias Müller visits his native Germany, he often perceives it as a (digitally) developing country. Access to free WiFi there is rare and if he does come across it, more often than not the network is incredibly slow. In his professional home of Estonia, the situation is completely different. In Tallinn, the capital of the Baltic country, the Arvato CRM Estonia Site Manager’s daily experience equates to something that remains a digital vision for Germany. Since 1997, most schools have been connected to the Internet, the government works in a paper-free environment, all authorities offer their services online, citizens have used the Internet to vote for politicians since 2007, and almost every person in Estonia has one card which serves as a form of ID, a driver’s license, a credit card and a healthcare card. Gas stations, busses, trains, even beaches and public toilets have a wireless Internet connection – and since 2002, it’s all free. The next step in the digital evolution will soon be a digital national currency: the estcoin.

A role model for the rest of the world

How is it possible that this small country with its 1.3 million citizens has made such progress in digitization? So much progress that the World Economic Forum itself says: “The rest of the world can learn from Estonia.” The collapse of communism in 1991 made it possible. That was the moment when Estonia finally regained its independence. At that time the small nation had big plans but very little money. In this situation, however, they were clever enough to refuse tempting offers. For example, the offer of adopting Finland’s analog network for free. Instead, they radically regenerated their own telephone network and brought it into the mobile age. That was one reason. Another is the people’s mindset: “Estonians are much more open when it comes to sharing their private details,” explained German-born Matthias Müller. However, in April 2007 Estonia experienced its first hack as a flood of nonsensical data queries overwhelmed the web server and paralyzed the entire state Internet infrastructure. But that did not deter Estonia from its digital course, “because the misuse of private data is much more harshly punished than in Germany,” says Müller. Therefore the Estonians save virtually everything onto their ID cards – from their biographical data to prescriptions from their family doctor. Müller: “My wife has saved the details of her driver’s license to her ID card. That is enough to be able to drive on the roads.” Ninety percent of people in Estonia own this ID card, use it online and are content with the system.

One ID card for everything

The ID card makes everything much quicker – in both the private and business spheres: bank transfers, tax returns and finalizing contracts can all be taken care of in a matter of minutes. “Estonians can no longer imagine a bank transfer taking two days to complete,” said the Arvato manager. Even tax returns are processed via ID cards, lasting no longer than three minutes, because every Estonian income is taxed at 21 percent. It works quicker and more easily than you would think, according to Müller, who almost exclusively signs contracts digitally. With the help of digitization, transactions can be completed within 15 minutes. The result: paper has almost completely disappeared from corporate life.

Digitization is the driving factor in Estonia’s modernization and economic growth. Many IT firms and start-ups that enjoy success worldwide were established in Tallinn. Hotmail, Kazaa and Skype are just a few examples of the digital concepts and developments which have come out of Estonia. Because of this success, many international businesses pricked their ears up and settled in the Baltic state in order to profit from the know-how. But that is not so simple. “It is difficult to attract digital specialists, such as developers, because the majority are in such high demand,” explained Müller, drawing from his own experience. Arvato had to focus its advertising on specialists – and did so with great success. 220 experts currently work for the company at its Tallinn location.

The Estonian enthusiasm for digitization is also noticeable when it comes to autonomous driving. Currently three small busses on the roads in Tallinn have developed into star attractions. Equipped with cameras and radar, the driverless busses make their own way through the traffic in the capital. The pilot project is the first step towards complete autonomous city bus transport. Another project is also in the pilot phase: the delivery of goods and products direct to consumers’ front doors by autonomous driving robots. They are two examples from Estonia, the digital wonderland. The recently launched worldwide first – the e-Residency program – is another. “Through e-Residency, every citizen in the world can obtain a government administrated digital identity. With it they have the option to manage a company online and expand their entrepreneurial potential worldwide,” explained Kaspar Korjus, Program Manager of the e-Residency program. The total number of e-Estonians is estimated to reach 10 million by 2025. Chancellor Angela Merkel is already one of them. Since her visit to Estonia in August 2016, she has been e-citizen number 11,867.

Are these digital ideas and programs only possible in Estonia because the country is so small and because a good 25 years ago, it used the chance to completely digitally modify itself? “Nonsense,” said Luukas Ilves, Estonian EU Representative for Digitization. “Countries the size of Germany can also take advantage of the opportunity. They simply need to follow the examples from Estonia and make them even better.”