Bitkom calls for Billions Worth of Investment in Artificial Intelligence 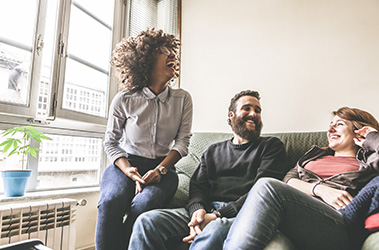 The industry association Bitkom is calling for investments of four billion euros to promote the continued development of artificial intelligence (AI). To ensure an adequate supply of experts, the money should primarily go toward education, the industry group says. The topic has now drawn the attention of policymakers too.

There is no lack of innovative companies in Germany working with AI, a new technology with broad and deep ramifications for industry and society. The Berlin-based trade group Bitkom, an association of companies in the IT and digital communications industries, has at least 150 members that work with AI professionally. “Among them are several dozen small and medium-sized companies and start-ups for which AI is the sole area of activity,” says Dr. Mathias Weber, head of the IT Services section at Bitkom.

One billion per year

The association maintains a work group that periodically compares notes on AI. “Some of our members would like policymakers to improve the overall environment for this in Germany,” says Weber. Recently, the group published a position paper that includes a call for significantly higher investments in support of AI. The paper states that funding for research and development in this field ought to total four billion euros over the course of the current legislative period — a billion euros per year until 2021, in other words. “The most important step would be providing a substantial amount for education,” says Weber. “There’s really a lot that has to be done. And it starts at a young age, in school, and includes university or technical college and then continuing education or retraining for people who might lose their jobs as a result of digital technology.”

And yet it moves …

At present, however, the institutes of higher learning are the main focus, says Weber. “There are currently 80 professorships in Germany for courses of study that have to do with AI. Given the demand that exists in the market right now, that’s definitely not enough,” warns Weber. At least ten new AI master’s programs and 40 new professorships will have to be created in Germany, he says. Furthermore, the new administration in Berlin should create more ways to support new AI business models. “It’s quite clear that policymakers are taking this in hand,” says Weber optimistically. “The Federal Ministry of Economics, as a close partner of ours, wants to take a fresh look at this and is currently analyzing what actions are needed and what are the best options for supporting the AI economy.”

Race for the lead worldwide

Bitkom is currently cooperating with the German Research Center for Artificial Intelligence (DFKI) in Saarbrücken as a research partner. Here too, specialists see a need for government support. “German researchers are doing world-class work in AI, and they’ve invented many of the basic algorithms now used in this field around the world,” says Professor Wolfgang Wahlster, CEO of DFKI. “But the international race to be the leader in AI requires massive and coordinated efforts on the part of the business, academic and policymaking fields in order to expand on the excellent starting position in Germany and defend against the large-scale headhunting and takeover bids from North America and Asia.” It is also important, he adds, to make top German exports viable for the future through new types of AI components. These products might include, for example, the self-driving car, intelligent household appliances, collaborative team robots or self-learning medical equipment. “Without AI, it’s impossible to realize the modern ‘Industry 4.0’, the smart service world or autonomous systems,” says Wahlster.

Tags for this article Digitization (164)
Get in touch
Recommend page