A principality on the move: Liechtenstein goes digital 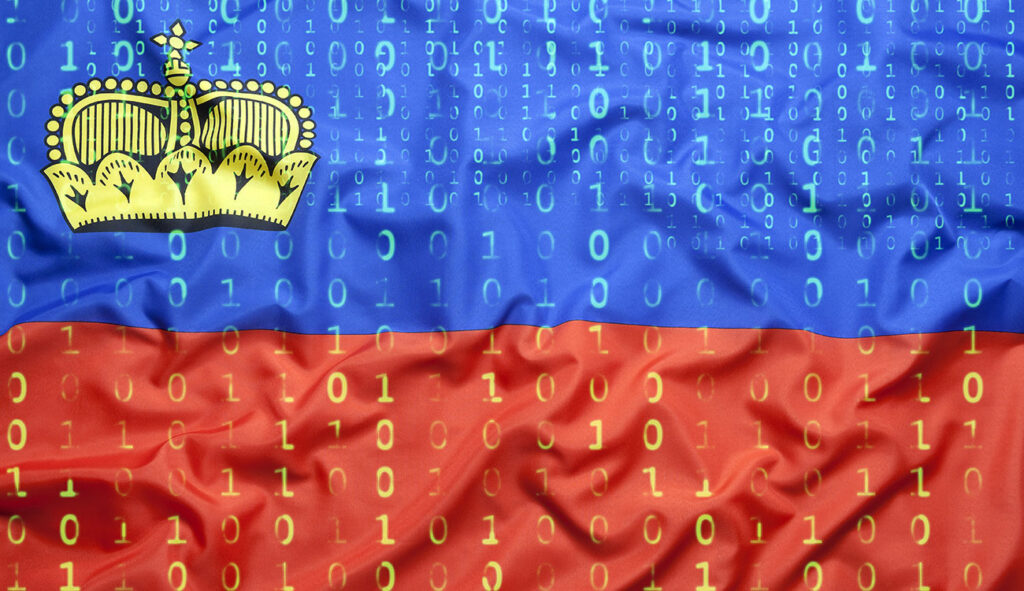 Liechtenstein has long enjoyed the benefits of strong economic growth and has more jobs than residents. But in the view of the country’s deputy sovereign, that’s no reason to be complacent. To put the industrial and service sectors on a more secure footing for the future and make government agencies more attractive for citizens, digitization is being promoted in the principality from the very highest level.

Hereditary Prince Alois of Liechtenstein has recognized the importance of digitization for “his” small state and mentioned the issue many times in addresses and speeches. In his view, providing for stable, high-quality digital networks is a central responsibility of government. For this reason, he himself assumed the patronage of the local initiative digital-liechtenstein.li, which was launched in the fall of 2017.

All a matter of structure

You would think that as one of the wealthiest, albeit one of the smallest, countries on earth, Liechtenstein wouldn’t have any deficits when it comes to digitization. And the country does indeed have one of the best rates of internet penetration: with internet use at 93.8 percent and a population of approximately 37,800, it ranks tenth worldwide. Liechtenstein also hopes to take up a leading position globally in the development of its fiber-optic network, which will be laid throughout the country by the power company Liechtensteinische Kraftwerke (LKW). The utility plans to spend 32 million francs on the construction of the information highway. A high-performance fiber-optic network combined with a strong cellular network is considered the basis for a digital society and is expected to improve competitiveness, make the country more appealing as a business location, and create new opportunities for education and research in Liechtenstein — in keeping with the motto “innovation follows infrastructure.” By the end of 2019, 60 percent of the country will be covered with fiber-optic lines, which would catapult Liechtenstein into the top ranks currently occupied by countries like Singapore, Qatar, South Korea and the United Arab Emirates. In Europe, this level of development would put the country in the lead, while other large industrial nations surf at a snail’s pace. The conversion to the new network is expected to occur by 2023, at the latest. Those who stand to benefit from the ultra-modern information highway include not just private households but above all the business community and especially small and medium-sized companies that will have access to affordable high-tech infrastructure and will really be able to use features like cloud services, for example.

The constitutional hereditary monarchy has already taken a major step toward the future with a measure in the area of e-government: As early as 2010, the government in Vaduz introduced a progressive draft law promoting legally binding electronic transactions with public agencies as well as electronic administrative actions. The use of e-government simplifies procedures; citizens can easily access government services regardless of the time of day or place. Furthermore, the resources are deployed precisely where needed, which lowers costs in the long term. Digital systems also cut down on the use of different types of media, reduce the amount of inquiries and make it unnecessary to repeatedly record the same information manually. Security is guaranteed through direct transmission to the authorized agencies, a unique identification system and controlled access to data. One central issue was therefore the creation of an “electronic ID” that allows public agencies to identify citizens. “With this, Liechtenstein is getting one of the most advanced e-government laws in the world,” said then Prime Minister Klaus Tschütscher in 2010. “We’re hereby creating first-class conditions for a modern state as well as an attractive and innovative location for business.” The law allows public agencies to provide all manner of services electronically — from simple services to complex administrative procedures, such as an online order for an excerpt from the land register, an application for a scholarship or the electronic submission of a VAT statement.

To return to Hereditary Prince Alois of Liechtenstein, the patron of digital-liechtenstein.li: this initiative supports the business and scientific communities with regard to the digital transformation of society and serves as the central platform for digital innovation and the communications networks of Liechtenstein. It brings together the relevant resources from politics, business and science and enables the crucial transfer of know-how for digital transformation.

Currently, the outstanding conditions and attractive prospects for growth make Liechtenstein a superb location for business. The country has easy access to well-educated skilled workers within its own borders and from the adjacent Bodensee region. Its central geographic location is of special importance, because it gives the land direct market access to many countries of the EU and the EEA as well as Switzerland. It is no coincidence that more than 4,000 businesses are located here, among them companies that compete successfully in the international market as global niche players. Because of its small size, however, Liechtenstein increasingly relies on labor from neighboring countries. One third of its population consists of foreign nationals, chiefly Swiss, Austrians and Germans. In view of the high labor costs in the principality, a central strategy for survival and growth for Liechtenstein companies is to be among the best. The Liechtensteinian economy has never defined itself through cost leadership but instead through products that meet the highest standards of quality and technology. Without systematic digitization, however, this approach will no longer be possible in the future.

Digital innovations will transform business and society in significant ways in all areas. The authorities in Liechtenstein have recognized that the attractiveness of the location can be assured in the long term by quickly promoting digitization in all fields.