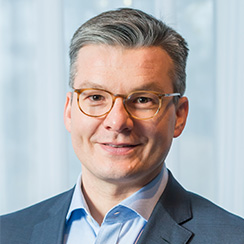 Thomas has served as our CEO since Majorel was founded in January 2019. He is also a member of our Management Board and is the Segment Head for EASA (Europe, Africa and South America).

Thomas studied business administration and economics in Ingolstadt, Chicago and Leipzig and obtained his doctorate (Ph.D.) at the Martin Luther University of Halle-Wittenberg. In 2000, he started his professional career with McKinsey & Company where he supported clients across various industry sectors with a particular focus on the high-tech and telecom space. In 2006, Thomas joined Bertelsmann as a Senior Director for Business Development and in 2008 was promoted to Vice President, Corporate Development. In this role, he worked on numerous strategy and corporate development projects across Bertelsmann’s business portfolio in Europe, China and the Americas. In 2012, he became Managing Director of Bertelsmann Brazil, leading Bertelsmann’s business development and investments in Brazil for the following four years. In 2016, Thomas returned to Europe and worked as Executive Vice President for BMG. In 2017, he was appointed Chief Strategy Officer (CSO) at Arvato Group before he became Chief Executive Officer (CEO) of Arvato CRM Solutions. In 2019, Thomas was appointed Chief Executive Officer of Majorel Group. 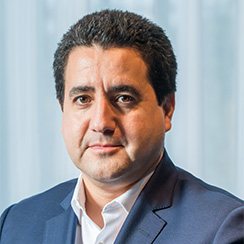 Otmane has served as our CFSO since Majorel was founded in January 2019. He is also a member of our Management Board and Chief Information Officer (CIO).

Otmane studied mechanical engineering with a focus on mechanics, fluid mechanics and oceanography at the Ecole Polytechnique in Paris, France and MIT in Boston, USA. He also studied telecommunications at the École Nationale Supérieure des Telecommunications in Paris, France. Otmane started his career in 1996 as security product manager at France Telecom before joining Siris as IP networks design manager in 1997. After several positions in the technical and IT departments at Oreka, Firstream and Alphyra, he became the head of the DELL offshore business center in Morocco in 2007, serving all French, Spanish, Italian speaking customers in Europe, the Middle East, Africa (EMEA) and Canada. From 2012 to 2014, Otmane served as the general manager at Bull in Mahgreb, supervising the Bull subsidiaries in Morocco, Algeria, Tunisia and Libya. He then joined Majorel’s predecessor businesses in 2015, where he served as managing director of different group companies until the end of 2019 and as board member until the end of 2020. From January 4, 2019 until August 30, 2019, he was managing director of Majorel Group Luxembourg S.à r.l. Since September 2019, he has served as director of Majorel Holding Nederland B.V., as CFSO at Majorel Group Luxembourg S.A. and as director for Majorel Africa S.A. 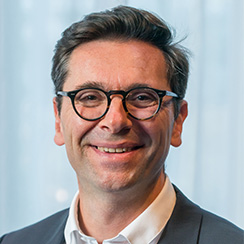 Dominique has served as our COO since Majorel was founded in January 2019.

He studied Economics at the Catholic University of Lille in combination with Finance and entered a Business School in Lille. He started his professional career with EY as an Auditor in 1995. In 1998, he joined Arvato France (later part of Majorel) as CFO until 2005 and negotiated the purchase of Phone group founded by Saham in 2004. In 2005, he was appointed as Managing Director for the French speaking market CRM business and contributed to quadrupling the size of the business while expanding the offshore operations in Morocco and the sub-Saharan countries. In 2019, Dominique Decaestecker became COO of Majorel Group. 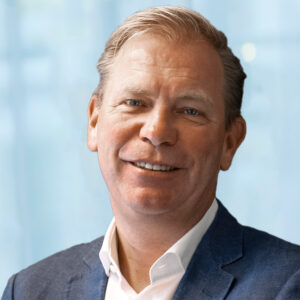 Marc has served as our CCO since Majorel was founded in January 2019.

Marc studied law at the University of Amsterdam and launched his professional career with Interform Computerfoms and Services in sales. In 1991, he founded his own company – FormsManagement – specializing in print services and print management. The company was sold to Bertelsmann (Arvato) in 2000 and, after that, Marc held several management positions within Arvato. He was appointed Chief Commercial Officer at Arvato CRM Solutions (later to become Majorel) in 2014.

Iñigo graduated in Economics and Business Administration from Universidad Pontificia Comillas ICAI-ICADE in Madrid, and also holds an Executive MBA from IE Business School and a PDG (General Management Program) from IESE.

He started his career as Financial Analyst for M&A at the Arab Bank Aresbank in Madrid in 1988, before moving to London to work as Deputy Treasurer for the Belgian biopharmaceutical company UCB in 1990. Two years later he moved back to Spain as Senior Treasury Analyst for Amadeus Group and in 1996 he joined the Telco company Ono (today part of Vodafone) where he worked as Customer Operations Director until December 2000.

In 2010 he joined Arvato to first integrate the recently acquired local Spanish company Qualytel, and afterwards expand the business in Colombia, Peru and Portugal. With the creation of Majorel in 2019 and as CEO of the IBILAT Region he also expanded operations to Italy.

Iñigo is also President of the Spanish Customer Experience Companies Association CEX since 2016. 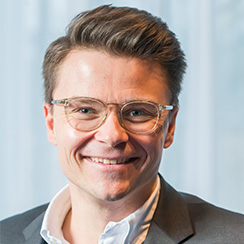 Oliver studied Business Administration with a focus on Hotel Management at the Academy of Professional Studies in Schleswig-Holstein and started his professional career with the Maritim Hotel Management Group. In 1999, he joined Bertelsmann Services Group Wilhelmshaven GmbH (later part of the Majorel group) as Management Associate and later Manager Business Development until 2002. In 2003, he was promoted to Head of Operations and Account Management for one of the Company’s largest US-based BFSI clients. From 2006 to 2013 he served as Vice President Customer Service, responsible for all BFSI accounts in Germany. In 2014, he was appointed Managing Director for all non-telco clients in Germany and also became responsible for Eastern Europe. Since 2019, Oliver has served as head of Majorel’s global banking practice and as the regional CEO Germany and Eastern Europe. 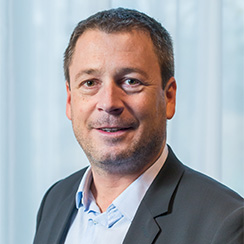 Olivier studied business and communication and then joined Multilignes in 1994. A subsidiary of Téléperformance, he moved quickly in the organization to become Head of Operations in 1999.Olivier managed BPO service platforms for the biggest brands in strategic sectors such as telecommunications, financial services, luxury goods, automobiles and media. In 2005, he joined Arvato to develop strategic partnerships with large accounts. Olivier was appointed Director of France Operations in 2009, extended to Morocco in 2014 and then to Sub-Saharan Africa in 2016 (Senegal, Ivory Coast, Togo), establishing Arvato as a leader in the French-speaking customer service market.

In 2019, he was appointed Regional CEO France, West Africa and the Netherlands at Majorel. 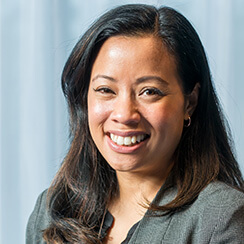 Fara graduated with a Bachelor of Business, majoring in Accounting, from the RMIT University in Melbourne, Australia. She started her career in 1999 as a consultant with Accenture in Malaysia, with a focus on the communication and high tech industry, before moving to Accenture in Canada. In 2005, Fara joined Arvato to set up a new legal entity in Argentina and became a Global Account Manager. She then returned to consulting with Amdocs in 2006 focusing on business process and transformation projects in the CRM space. In 2009, Fara re-joined Arvato and has held positions in business development, strategy and became the Regional CEO for North America, Ireland and the Philippines. In 2019, she was appointed the Regional CEO for North America, Ireland and Southeast Asia as well as the EVP for Global Clients for Majorel.

Dominique has served as our COO since Majorel was founded in January 2019.

He studied Economics at the Catholic University of Lille in combination with Finance and entered a Business School in Lille. He started his professional career with EY as an Auditor in 1995. In 1998, he joined Arvato France (later part of Majorel) as CFO until 2005 and negotiated the purchase of Phone group founded by Saham in 2004. In 2005, he was appointed as Managing Director for the French speaking market CRM business and contributed to quadrupling the size of the business while expanding the offshore operations in Morocco and the sub-Saharan countries. In 2019, Dominique Decaestecker became COO of Majorel Group.

Kevin studied Industrial Engineering Management at Shanghai University and has an EMBA from Northwestern University Kellogg-HKUST, Chicago, USA and Hong Kong. He joined Bertelsmann in 1996 and started his career in the Direct Group.  He was then promoted to the leadership team of Bertelsmann’s B2C sector in China in 1999, responsible for member analytics, data management, contact center, supply chain management, E-commerce, IT services, and financial services. In 2001, he moved to the Bertelsmann’s B2B sector and established Arvato China as country CEO. Over the last 20 years with Arvato, Kevin has developed the group’s Digital marketing, CRM IT services and SCM (Supply Chain Management) in China. In 2021, he became Regional CEO for China and Segment Head for CEA at Majorel.

WE BELIEVE IN SERVICE. SOMETIMES WE WRITE ABOUT IT TOO. 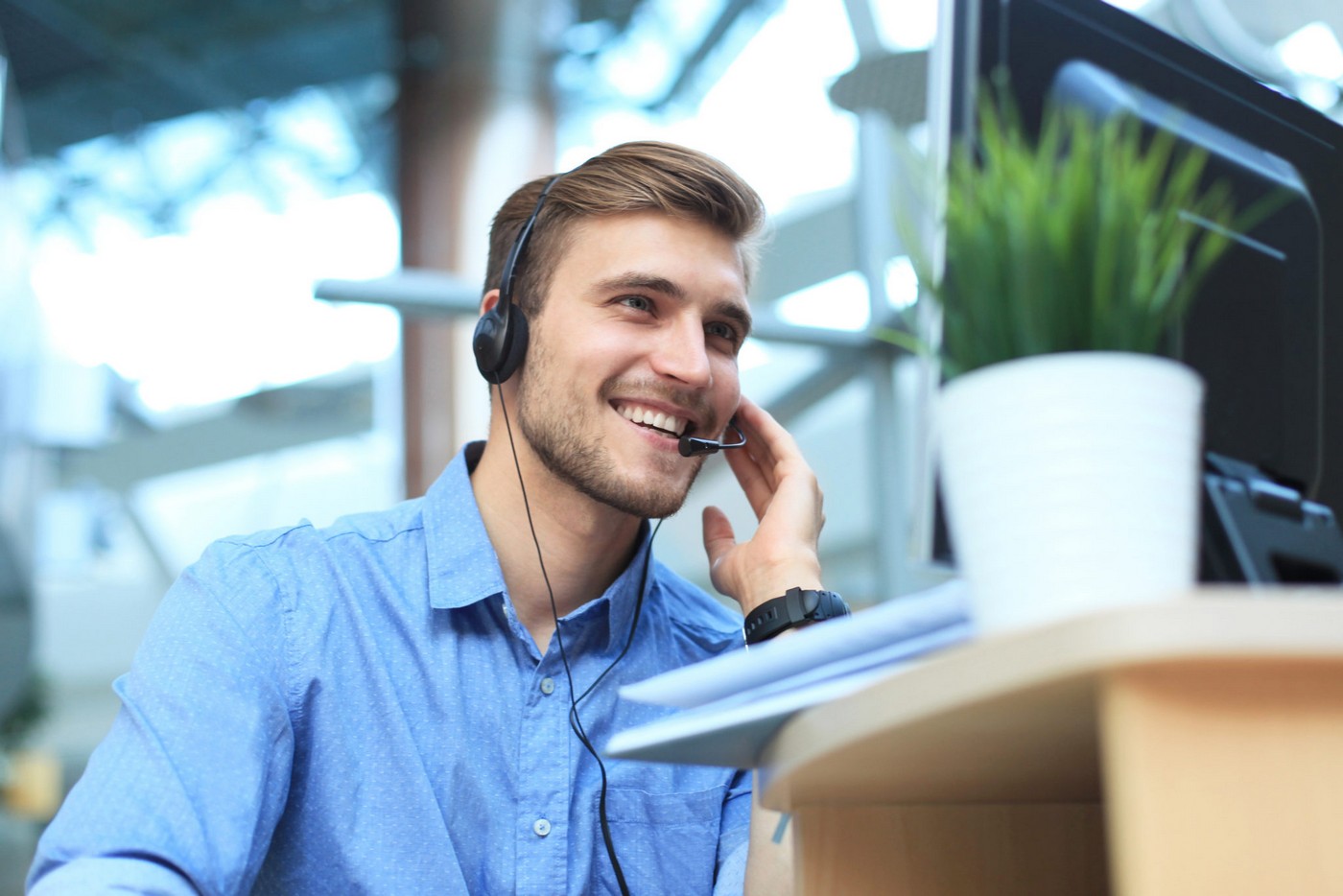 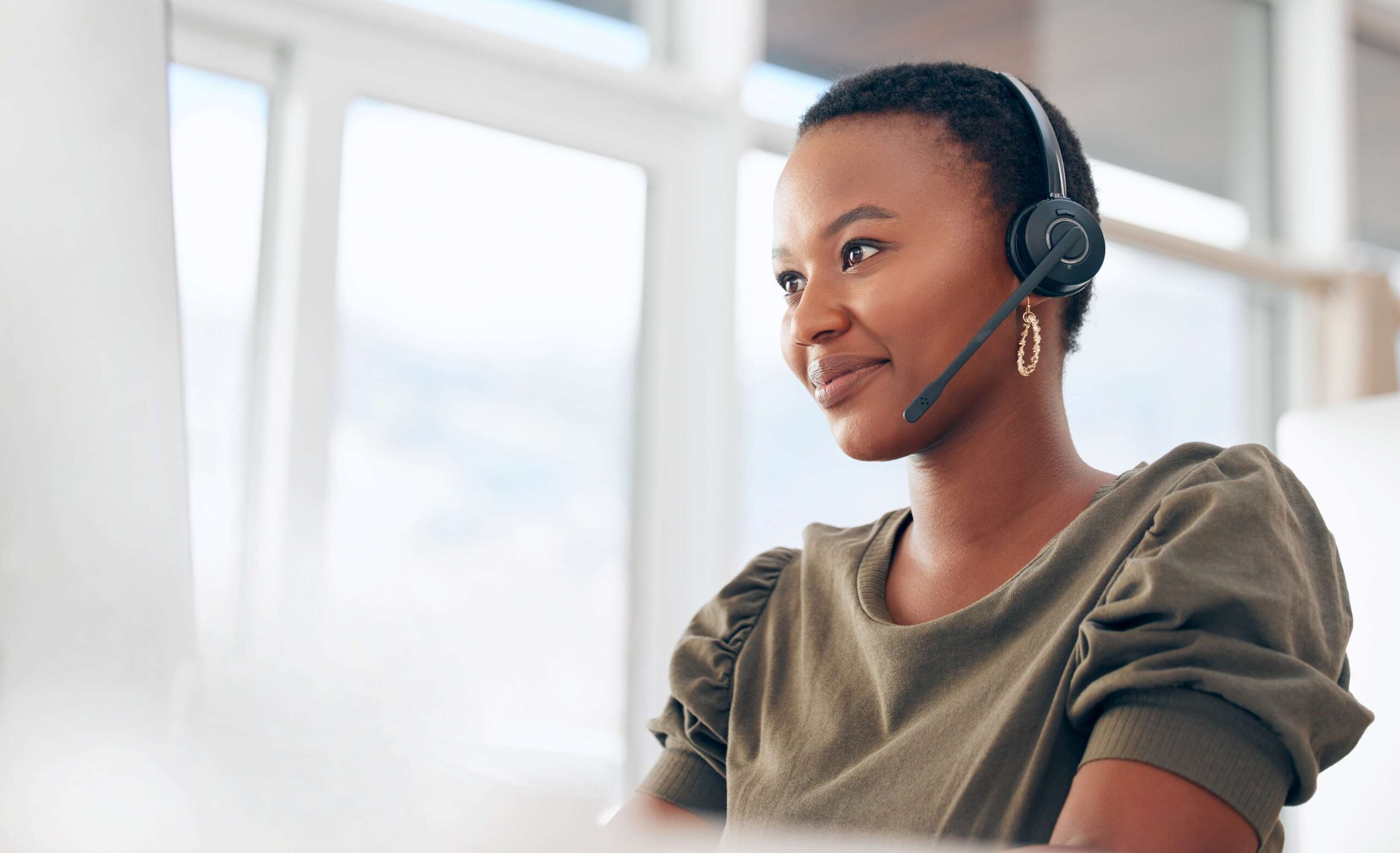